Nice duplex apartment located in the Pueblo de la Paz with a total constructed area of 90 M2 (69 M2 of housing, 10 M2 of covered terrace, 8 M2 of terrace, 2 M2 of common)
The house has two bedrooms, a bathroom, covered terrace, two terraces, garden, kitchen equipped with appliances and is equipped with air conditioning and heating in the main bedroom.
The apartment was built in 2001. The house is in good condition, with a Southeast orientation and is sold furnished. 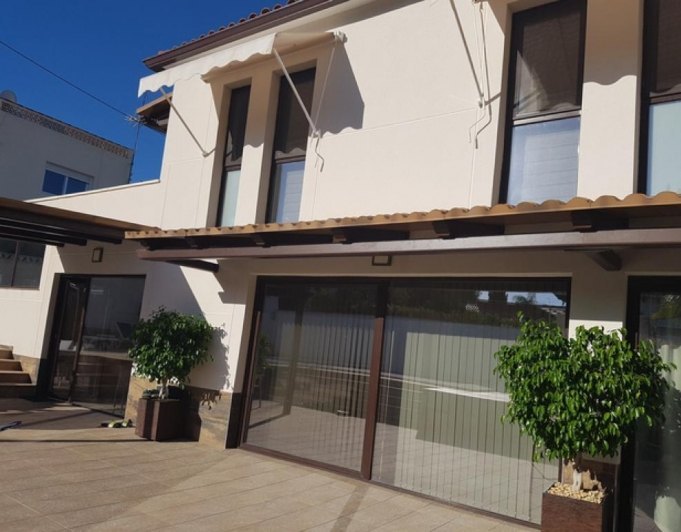